Despite being beneficial to the environment because they eat other pests and work to pollinate your garden, wasps and hornets are in fact an unwelcome and potentially dangerous interloper to have buzzing about your yard. Wasps are a tiny, trim-waisted flying insect that represents a family of insects, which includes hornets and yellowjackets. Regardless of species, they are an unwelcome and uninvited nuisance at any outdoor gathering.

Wasps are a highly aggressive insect, so when threatened, any type of wasp will sting and can leave humans with an array of uncomfortable side effects that may even be deadly. And with summer on the horizon, so are wasps. They come primarily seeking food, so outdoor BBQ season is when they are out in high numbers. 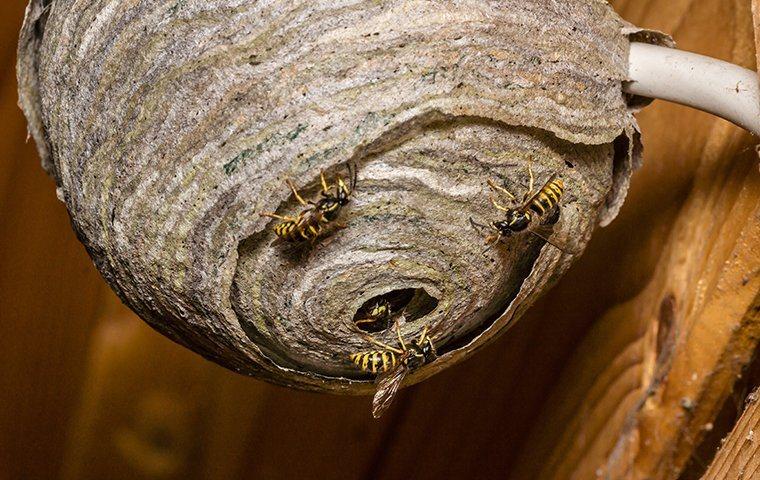 Believe it or not, there are a handful of ways that landscaping can play a role in both attracting and deterring wasps to and from your property. Here are a few tips Salt Lake City homeowners should be cognizant of:

Though wasps are thought of as helpers, Salt Lake City homeowners want to prevent the development of a nest and therefore, a growing wasp population, on their property at all costs.  Here are a few tips for preventing wasps from getting too comfortable in your home:

Wasps are a potentially dangerous pest to encounter, and removing them should be handled by professionals, for safety's sake. So for preventive assistance or for the safe removal of an active nest, contact the professionals at Pest Pro Pest Control today.