What You Should Do About Boxelder Bugs On Your Salt Lake City, UT Property

Home › Blog › What You Should Do About Boxelder Bugs On Your Salt Lake City, UT Property

When you think about pests that invade your Salt Lake City, UT property and home, the boxelder bug probably isn’t the first thing that comes to mind. They don’t spread disease, they don’t sting, and they’re not as destructive as things like carpenter ants or termites, so you might think you don’t have anything to worry about. However, boxelder bugs can still cause damage if they invade your home in large numbers, especially if you have their favorite food in your yard. Let’s talk about what these bugs look like, what attracts them, and what to do when they start infesting your property. 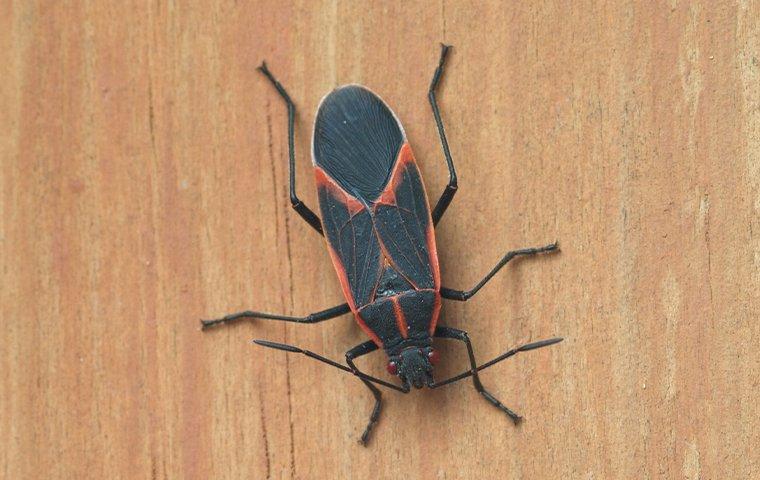 Boxelder bugs are very distinct-looking, and you shouldn’t have much trouble distinguishing them from other insects. They’re mostly black with orange stripes running along the edges of their wings and three orange stripes right behind their heads. Their bodies are oval-shaped and flat, and they have a pair of long, black antennae on their heads.

Boxelder bugs mainly eat boxelder tree seeds, buds, and new leaves. They feed by piercing these tender plant parts with their sharp mouths and sucking the juices out of them. Boxelder bugs prefer the boxelder tree, but they’ll feed on other types of maple as well. Since these trees are widely distributed throughout the United States, including here in Utah, the boxelder bug has plenty of opportunities to spread.

Are Boxelder Bugs Destructive Or Dangerous?

If you have a lot of decorative maples on your property, you might notice some wilting or discoloration, but even in large numbers, boxelder bugs don’t normally kill these trees. If boxelder bugs invade your home in large numbers, their feces can leave stains on your carpet, furniture, drapes, or other fabrics. These bugs might also make a mess by molting or dying in your house, leaving you with a bunch of insect skins and bodies to clean up. These insects are also really stinky if you disturb them or smash them, and they can fill your home with a foul odor.

Boxelder bugs are no more dangerous than they are destructive. They’re not venomous, and though they can bite defensively, they rarely do, and their bite isn’t a threat to your life or health. Their sharp mouthparts can pierce the skin, but they’re no more harmful than a pinprick. One thing to watch out for is dogs, cats, or small kids. If you have a pet or baby with a penchant for eating whatever they can get into their mouths, eating a boxelder bug can make them sick. These bugs defend themselves from being eaten by tasting so foul they can cause nausea and vomiting. They can cause dogs or cats to foam at the mouth as well – this helps remove the foul taste from the mouth.

How Do I Get Rid Of Boxelder Bugs?

Boxelder bugs are more of a nuisance than anything else, but you still don’t want them in your home. Unfortunately, they often invade in such large numbers they can prove hard for homeowners to get rid of on their own. Luckily, there’s a better way. Here at Pest Pro Pest Control, we’ve been keeping Utah pest-free since 2010, meaning we have over a decade of experience treating boxelder bugs and many other local pests. We pride ourselves on offering fast, effective, and – above all – safe home pest control treatments. So give us a call at (801) 429-9283 or visit our contact page to schedule your service today!