Have you been resting in bed when you felt something was crawling on you? If you are in bed and something crawls over you, you immediately jump out of bed, frantically hit your clothing, and hope you are killing whatever ran up your pant leg! One sensation we don't like is something crawling over our bodies! When we have that feeling, our minds go to the scariest option possible, spiders! Most people don't like the idea of a spider being in their bed or clothing. After all, what if it bites you?

If you see spiders in your house and the idea of sharing space with that eight-legged creature is upsetting, you need the best Salt Lake City pest control team; Pest Pro Pest Control. We have been eliminating spiders from Utah homes for over a decade, and we will stop spiders from terrorizing you! 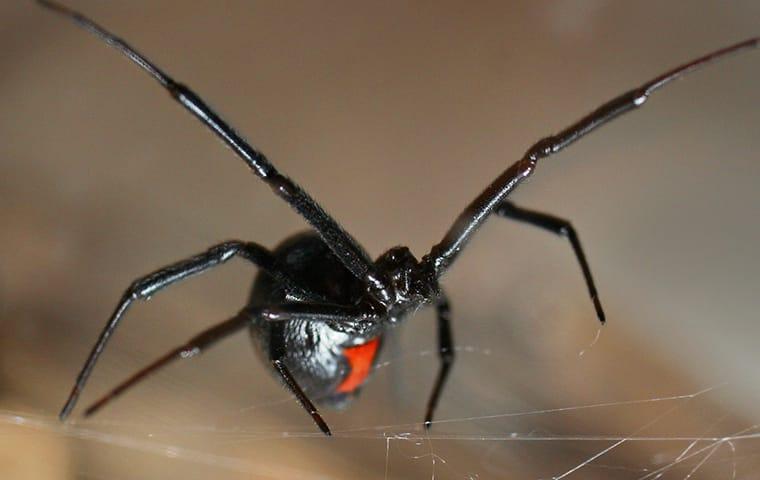 There are tens of thousands of spider species worldwide, and about 620 of those species are in Utah. Jumping, house, black widow, and long-bodied cellar spiders are the types of spiders you may encounter in your Salt Lake City home.

Of the hundreds of different spiders in Utah, they all have multiple eyes, eight legs, two body parts, and fangs (chelicerae). None of the spiders will have wings or antennae. All spiders use venom to paralyze and kill their prey, avoid humans, attack only when threatened, and grow by shedding their exoskeleton (external skeleton).

Although webs are synonymous with spiders, not all spiders build webs like wolf spiders. Common spiders in Salt Lake City homes build webs, but some, like the jumping spider, build webs for a retreat rather than a snare for prey. Of those who build webs, not all are like Charlotte's web. For example, black widow spiders build messy webs near the ground.

Some Spiders Are More Dangerous Than Others

Spiders common in Salt Lake City may bite you and inflict a little pain, but there are no symptoms from the wound. However, there is a venomous spider in Utah whose bite will have symptoms, the black widow spider.

Black widow spiders have a black, shiny body with two reddish-orange triangles on their back that appear as an hourglass. This spider stays near the ground and likes to build its irregular web in dry, dark places like garages, basements, and crawlspaces. A black widow will bite when it feels threatened. Symptoms from a black widow spider bite are elevating blood pressure, nausea, fever, and pain at the wound location.

Six No-Sweat Spider Prevention Tips For Around The House

To avoid having spiders crawling over you or building webs in your Salt Lake City home, we recommend these six tips to keep spiders away:

If you see spiders spinning webs in your house, kill the spider and remove their entrapments.

The best way to get rid of spiders in your Salt Lake City home is to partner with Pest Pro Pest Control. We conduct a thorough inspection of your property, identify the problem pest and hot spots, create a custom treatment plan eliminating the pest problem, and provide follow-up visits to ensure the home remains spider free.

Pest Pro Pest Control is an award-winning, local company of trained and licensed pest control experts with numerous 5-star Google reviews. We know what we are doing and will provide you with a home free of a spider infestation. Contact us and request your free consultation.